Benjamin Oxenburg is a skilled attorney practicing in the area of legal malpractice defense.

In 2009, Mr. Oxenburg graduated from the Benjamin N. Cardozo School of Law where he was an Associate Editor and Staff Member on the Cardozo Arts & Entertainment Law Journal. While at Cardozo, Mr. Oxenburg was awarded an Externship with Colgate-Palmolive, Inc.’s in-house Legal Department. During law school, Mr. Oxenburg also served as a legal intern with a variety of companies and institutions including Bloomberg, L.P., Westwood One, Inc. and New York University.

Prior to joining Furman Kornfeld & Brennan LLP in 2014, Mr. Oxenburg was associated with a boutique litigation firm. Mr. Oxenburg represented individuals and entities in many complex commercial litigation, real estate and trusts & estates matters, including the administration of an intestate estate with assets in excess of $1.5 million.

Mr. Oxenburg is admitted to practice law in New York, as well as in the Eastern and Southern Districts of New York. 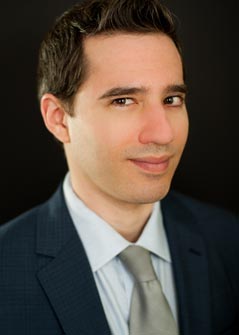