Ms. Zamyatin graduated from the University of Maryland with a B.A. in Government and Politics in 2010. In 2013, she earned her J.D. from the University of California, Davis School of Law. In January 2014, she began practicing in New York at a plaintiff’s personal injury firm. From there she transitioned to insurance defense as in-house counsel for Liberty Mutual where she defended personal injury cases from inception to trial.

Ms. Zamyatin is a member of the New York Women’s Bar Association, co-chair of the International Women’s Rights Committee. She is admitted to practice in the State of New York. 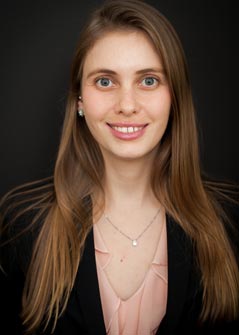 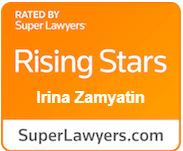